Already on 21 July. Be ready to meet Regard, an electronic music artist whose hits are heard all over the world, at Zalgirio Arena’s Pakrante!

Since 2012, Kosovo-based DJ and producer Regard has amassed more than 14 million monthly listeners on Spotify and has released a series of deep house mixes, remixes and originals.

DJ Regard started out in 2008, but his moment of fame came in 2019 when he remixed Jay Sean’s 12-year-old single Ride It. The song became a sensation on the social platform Tik Tok, with more than 150 million short videos featuring the beat.

At the end of February, Regard released its latest record with Years & Years, Hallucination, which has become one of the most listened-to hits of recent months. 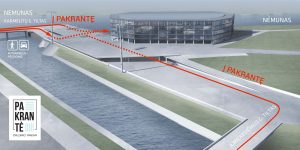