The 2023 Turkish Airlines EuroLeague Final Four will take place in one of the most passionate basketball markets in the world, Kaunas, Lithuania, and the 2024 edition of the EuroLeague’s showcase event will return to Berlin.

The magnificent Zalgirio Arena will host the four best teams on the continent, who will play in the semifinals on Friday, May 19. The third-place and championship games will be on Sunday, May 21.

The 2023 edition will mark the first Turkish Airlines EuroLeague Final Four played on Lithuanian soil. Kaunas has been a long-time contender to host the Final Four and now Lithuania’s devoted EuroLeague fans will finally have the opportunity to enjoy the most prestigious pan-European basketball event at home.

Tickets to the 2023 Turkish Airlines EuroLeague Final Four in Kaunas, Lithuania, will be available to the public on January 17 through https://f4tickets.com/, There will be seven different price categories for general public tickets, all of which provide seating for four games (semifinal doubleheader on May 19, third-place game and Championship Game doubleheader on May 21), ranging from €56.25/game (225€ total) to €128.75/game (515€ total), plus service charges.  Season ticket holders of EuroLeague clubs who participate in the pre-sale program, EuroLeagueTV subscribers and past Final Four ticket buyers will be able to purchase tickets prior to the public sale, from January 16  to January 17, using a special code.

After buying tickets, customers who are unable to attend may sell their tickets via the fan-to-fan marketplace that is also accessible at www.f4tickets.com.  Tickets purchased via unauthorized sales channels will not allow admittance.

VIP hospitality tickets will also be made available beginning on January 17. Interested fans and businesses can review all the exclusive benefits on www.f4tickets.com. For any additional information, please contact f4tickets@euroleague.net

“We are delighted to welcome Kaunas to the list of cities hosting a Turkish Airlines EuroLeague Final Four. In just six months, Europe’s best teams will play for the crown in front of one of the most passionate audiences, as Lithuania is synonymous with basketball,” Dejan Bodiroga, Euroleague Basketball President, said.  “I would like to thank the city of Kaunas and Zalgiris Kaunas for their commitment and interest in hosting the Final Four. Together we will undoubtedly deliver one more unforgettable memory to all our fans.”

“Kaunas is where Lithuanian basketball was born, so it was a matter of honor to make sure that the EuroLeague Final Four finally takes place here. Let it be a big, beautiful celebration created by the best clubs in Europe, the citizens of Kaunas, and an army of thousands of fans from all over Lithuania and Europe,” Kaunas mayor Visvaldas Matijosaitis said. “Sports has always gone hand in hand with culture in Kaunas. In 2022, we were the European capital of culture, and next year we’ll gladly host the final battles of the EuroLeague.”

Fans attending the Final Four will enjoy one of the most modern venues in Europe, Zalgirio Arena. With a capacity of more than 15,000 spectators for basketball, the home of Zalgiris Kaunas was opened in 2011 and is the largest indoor arena in the Baltic region.

“The decision to hold the EuroLeague Final Four in Kaunas is the highest level of appreciation for the entire Zalgiris organization. We have been striving for years to host this prestigious event in our country, so we are even more pleased that our efforts have been appreciated. We are grateful to the Kaunas city municipality, which supported our ambition and enthusiastically agreed to contribute to the success of this tournament. There is a lot of work to be done, a lot of communication with the Euroleague, but we are ready for it. We will do our best to make this the best Final Four celebration in league history,” Zalgiris Kaunas Director Paulius Motiejunas said.

“We are excited to bring the Final Four to such a basketball-crazy market as Lithuania. From May 19 to 21, all our fans will be welcome to be part of an incredible atmosphere in one of the best and most modern venues in Europe, Zalgirio Arena, and to share a true basketball party in Kaunas by enjoying the multiple parallel events that will be organized around the city,” Marshall Glickman, Euroleague Basketball CEO, said. “I would like to express my gratitude to the Municipality of Kaunas and Zalgirio Arena for welcoming us and the thousands of devoted fans who will come to the Final Four to enjoy a lifetime experience.”

2024 will bring the Final Four back to the German capital of Berlin, which will become the first city to host three Final Fours since Euroleague Basketball’s inception. The decision comes after the 2022 Final Four postponement, due to COVID-19 restrictions, that brought the season-ending event to Belgrade. The 2024 Final Four will feature the semifinals on Friday, May 24, with the third-place and championship games two days later. 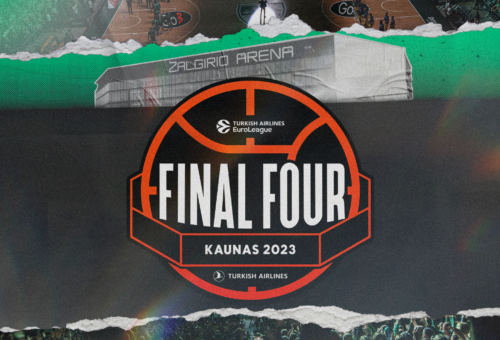 The 2023 EuroLeague Final Four will take place in Zalgirio... More » 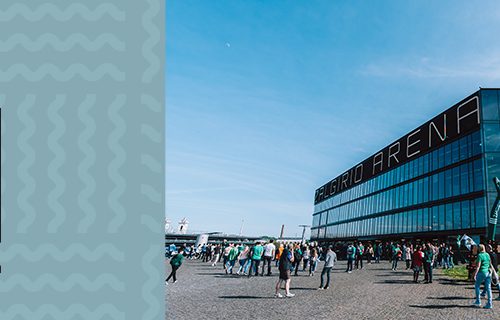 Zalgirio Arena is setting up to provide the opportunity to... More »